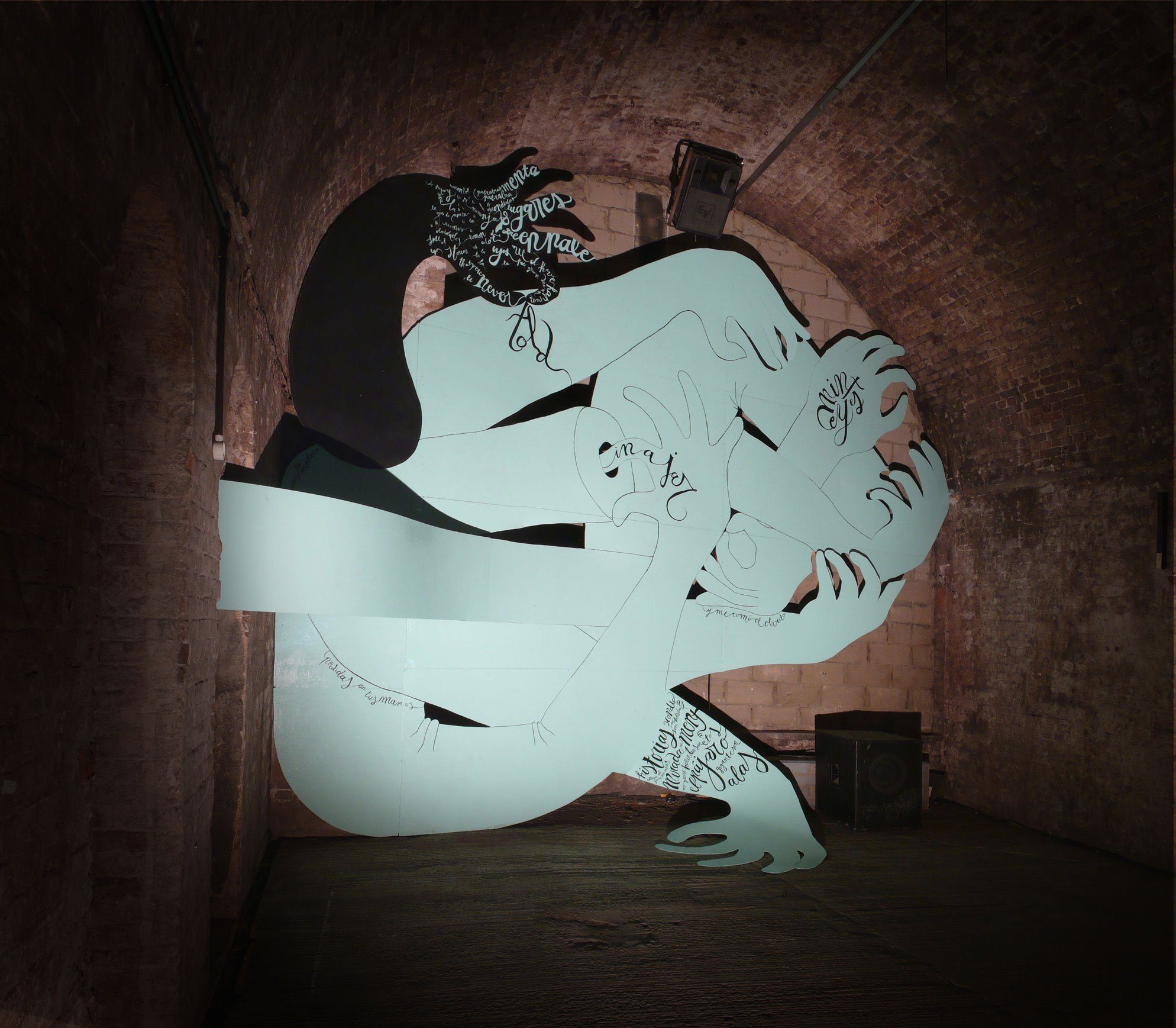 She was scared of her own voice, so instead of speaking, she decided to hide her tales in her arms. Her limbs became so heavy from carrying stories, that she grew further arms, to hold the accumulating memories. Overfilled by repressed content, her limbs became entangled.
This knot of arms swelled up, so the rest of her body disappeared. The extremities kept growing, becoming a giant creature in constant movement, overflown by emotion and living in darkness.

Nudo, a six metre high structure, was created from a series of plywood boards, cut to shape and creating lines by shadows. The words on it are the result of automatic writing while painting live in front of the audience.

Following the creation of Eating Stories the previous year, Nudo was created for the exhibition Art in Industry 02, in the massive Shunt Vaults. 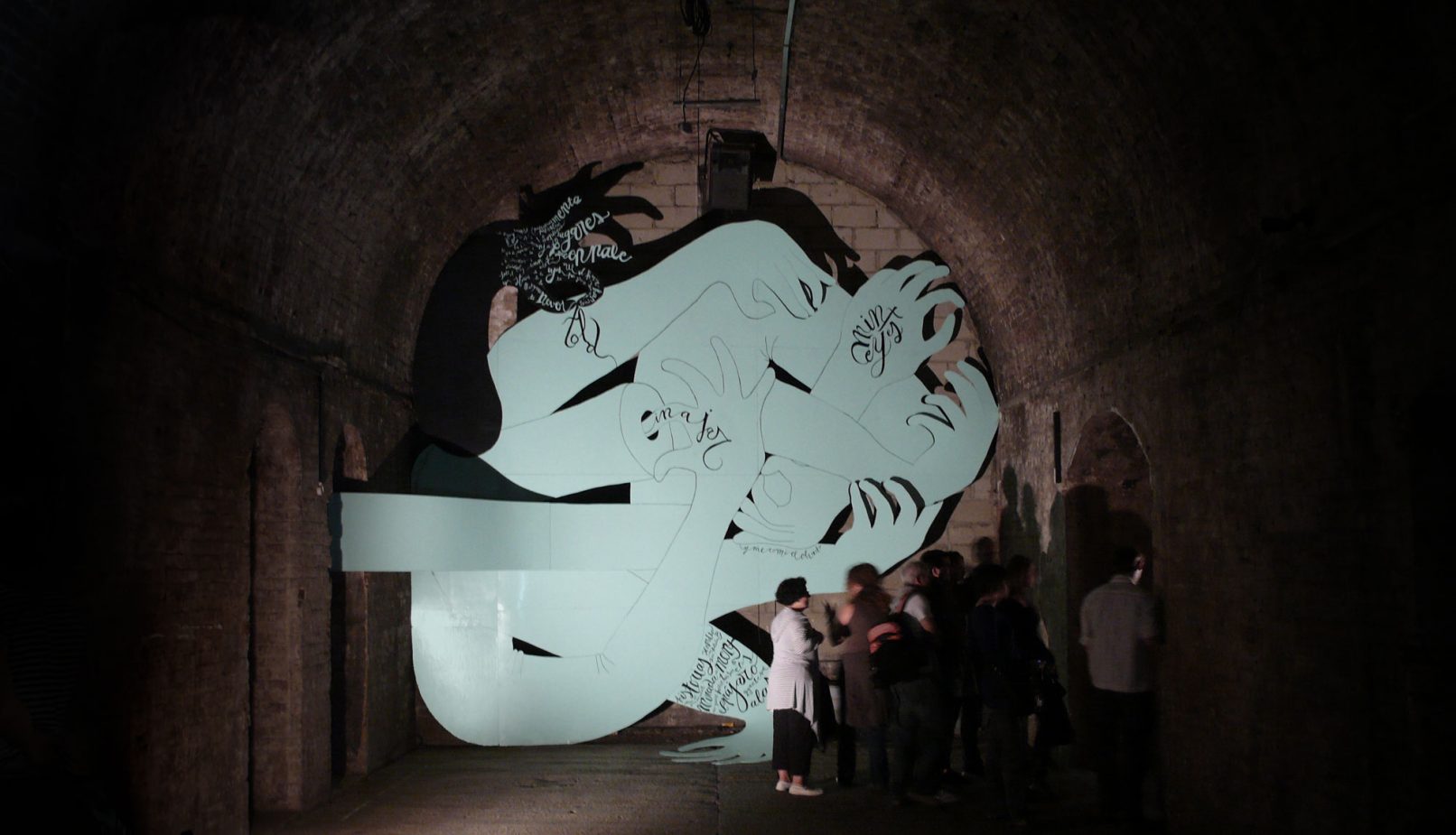 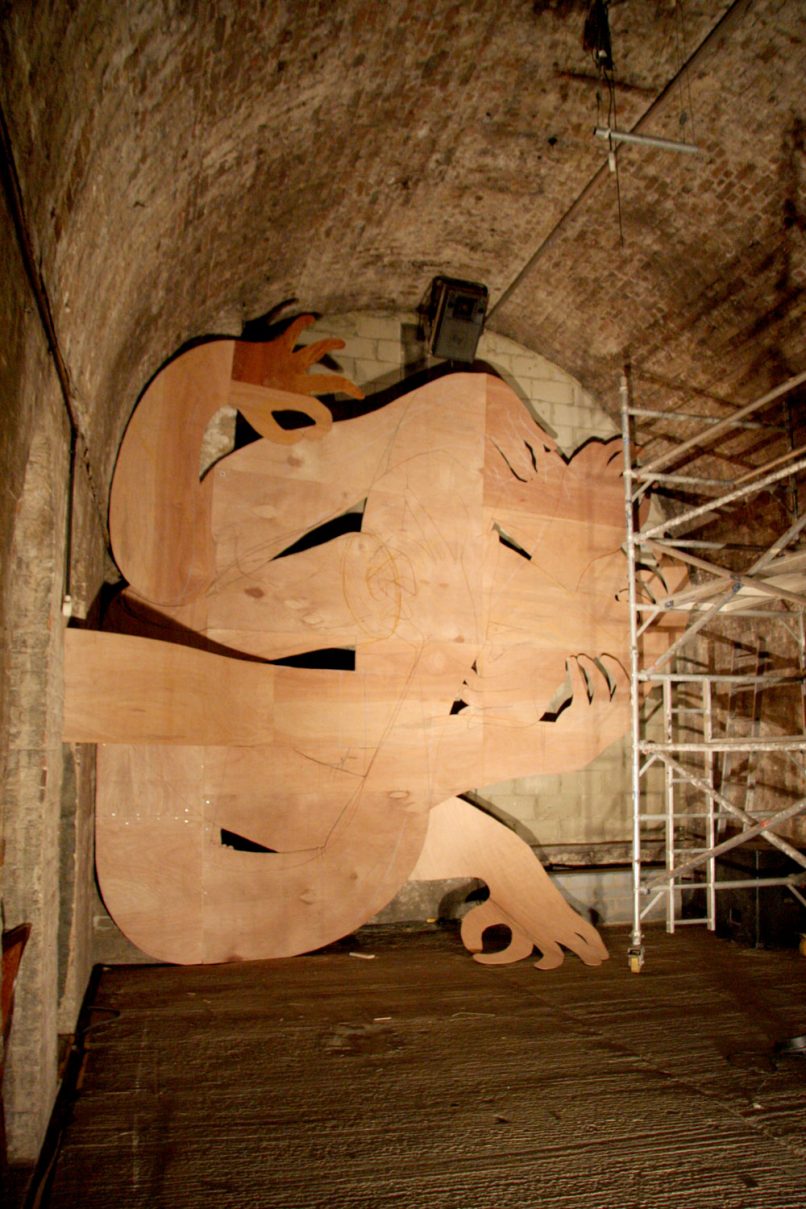 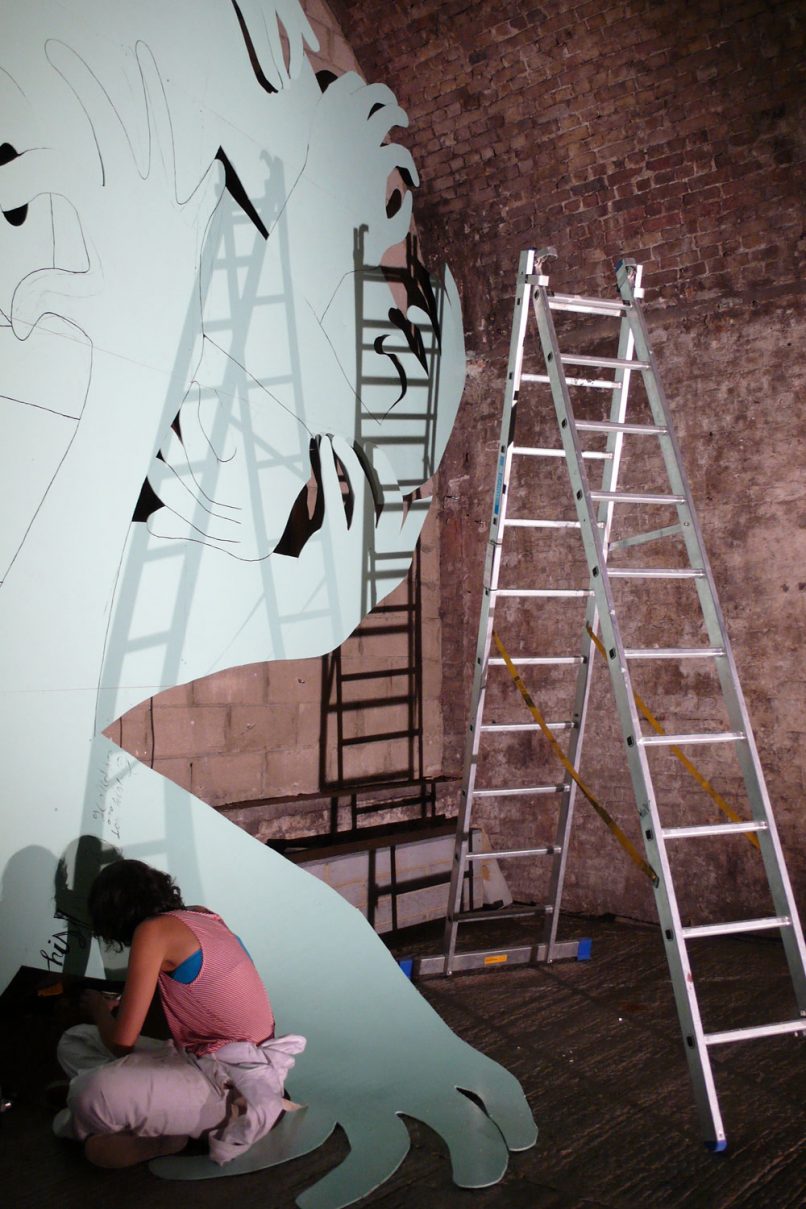