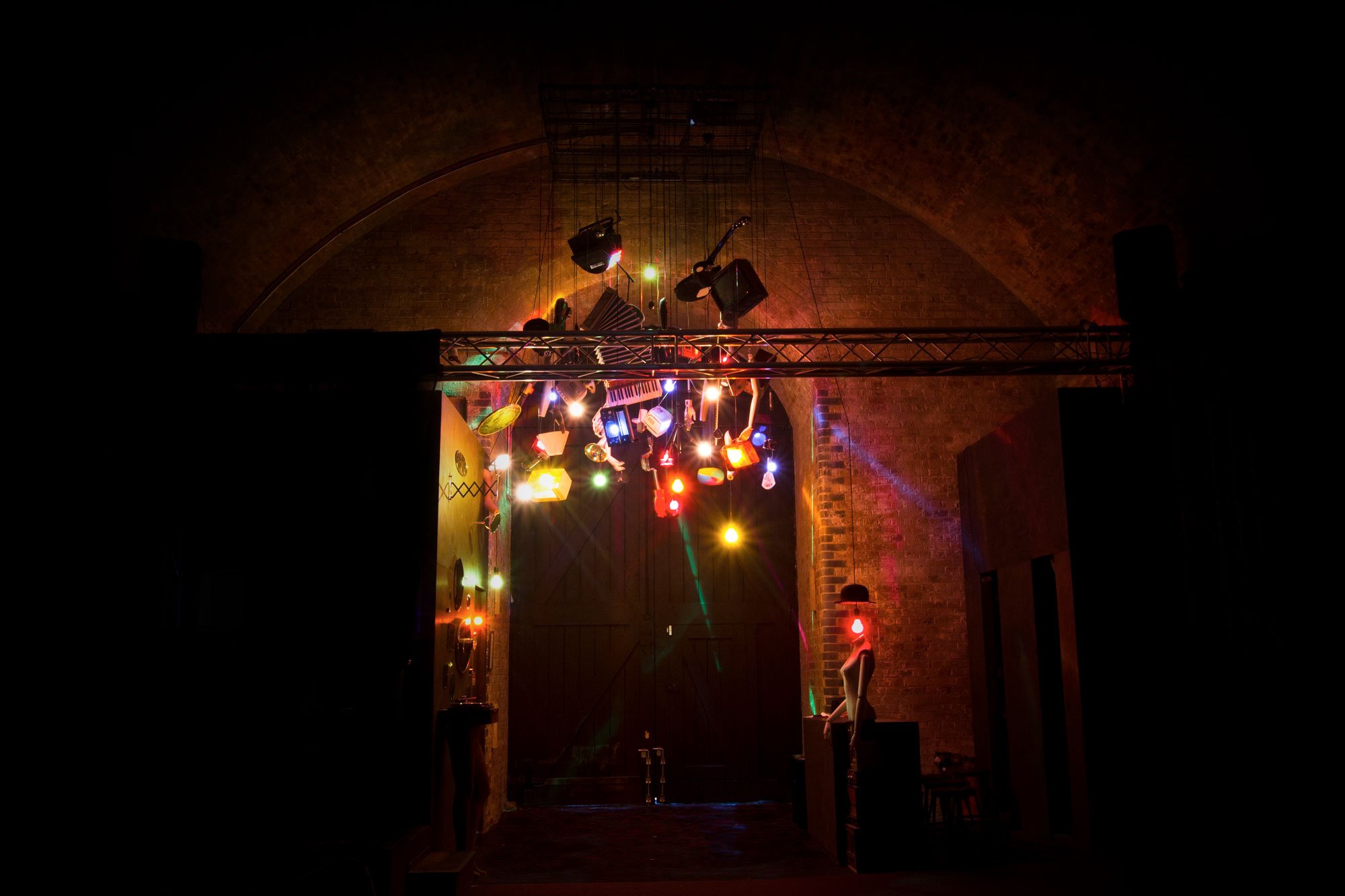 He looked at the mirror and surprisingly found himself elsewhere, surrounded by colour, memories and stories from other times! He had reached a secret underground bunker of hope, one of the places specially designed to hold the flame of imagination and wonder alive for the common citizen.

Memory Light uses items normally associated with creating sound to be the holders of light. It borrows the concept from the early assemblage Radio de Luz, using a radio carcass, with its internal components replaced by a light.

A metal mesh on the ceiling held fifty one elements hanging down 3.50 m on strings, wires and cables, twenty four of them acting as points of light. Three motors kept a few objects in constant rotation and a big ’70s disco light flashed while three televisions remained on, in a loop.

In addition, a 3 x 3 metres wall, below, was composed of sixteen mirrors, six lenses, three lights and a record player constantly moving, on top of a pair of human legs.

Memory Light was created and installed onsite, and commissioned by a private sound art venue in Leake St tunnel in Waterloo, London. 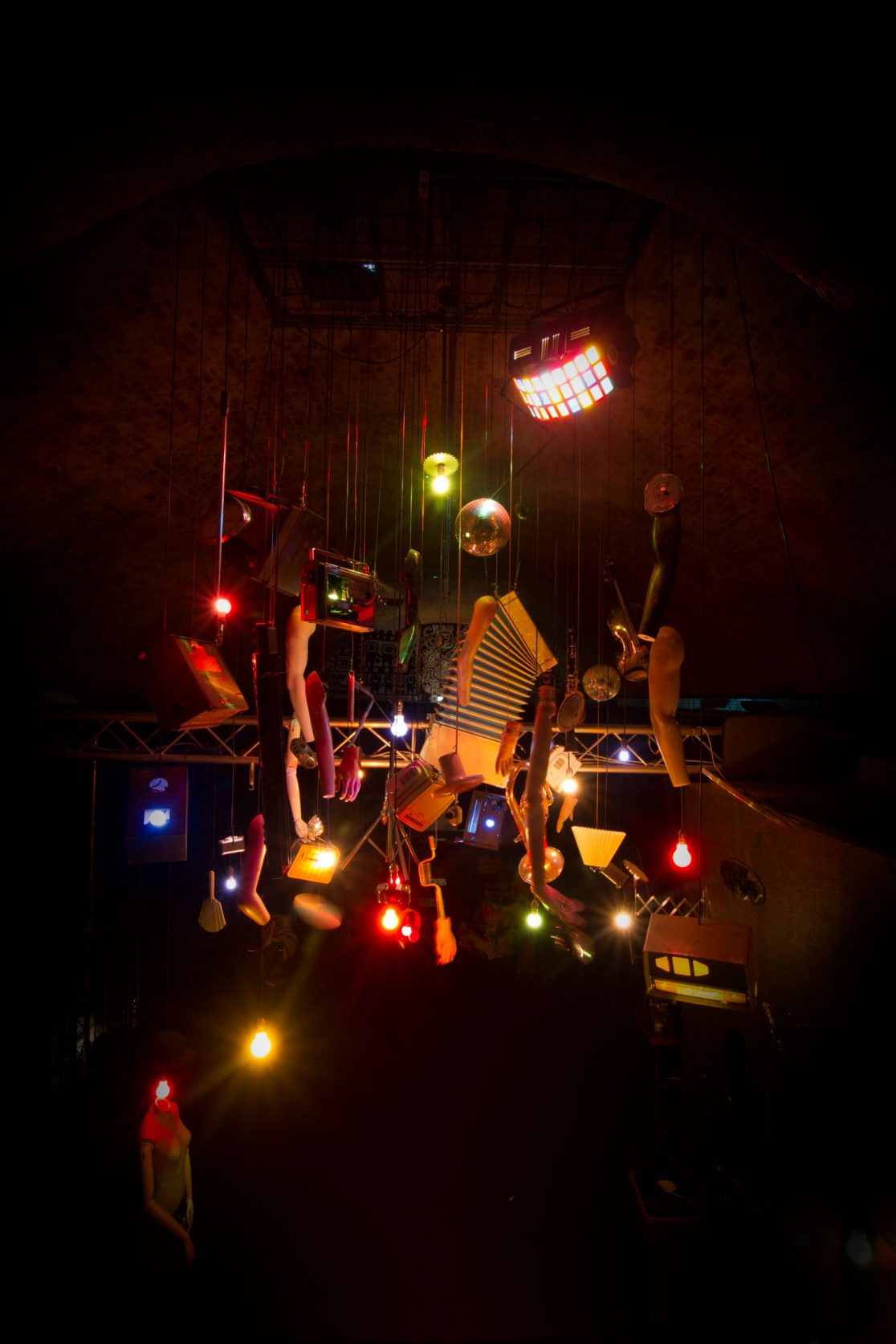 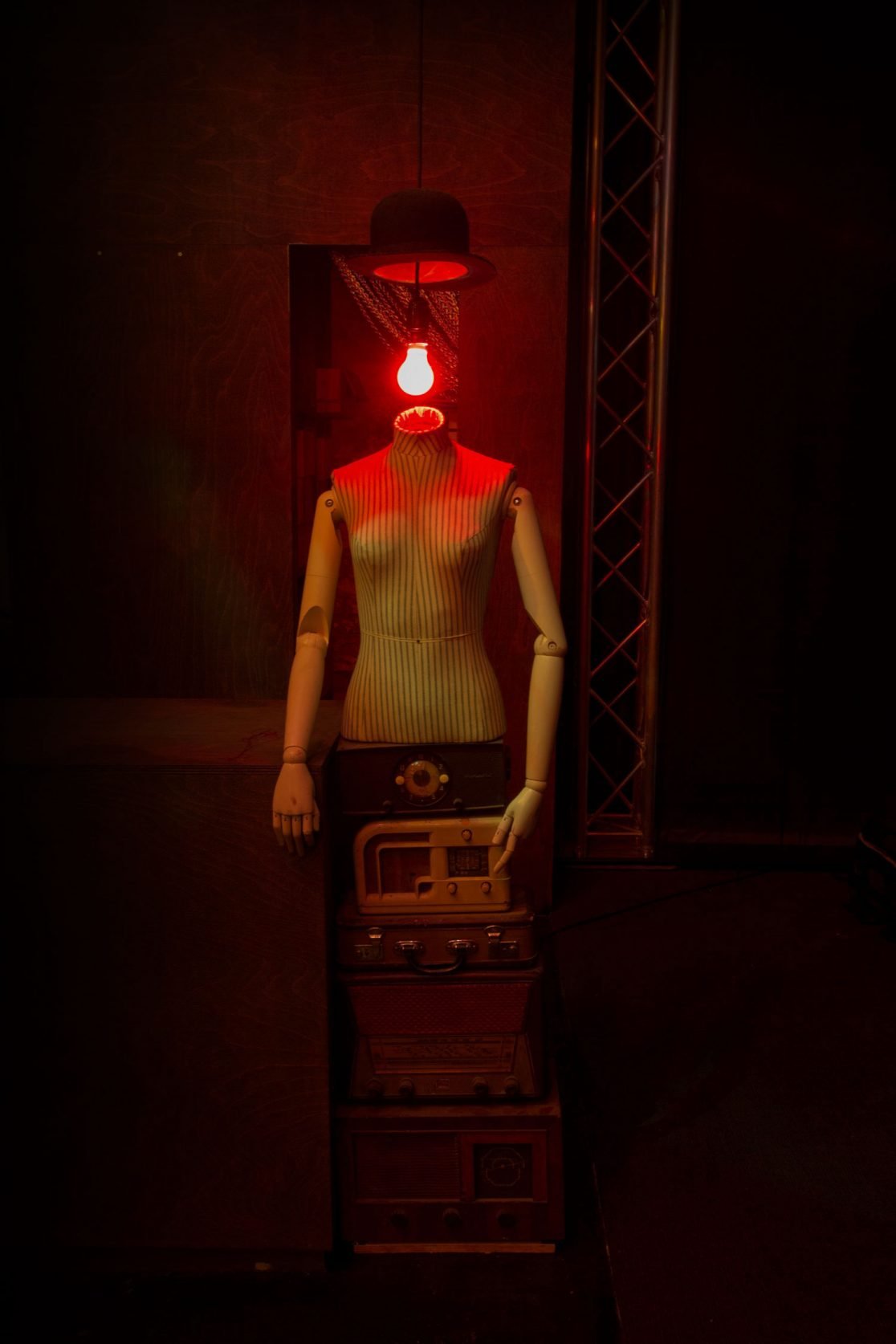 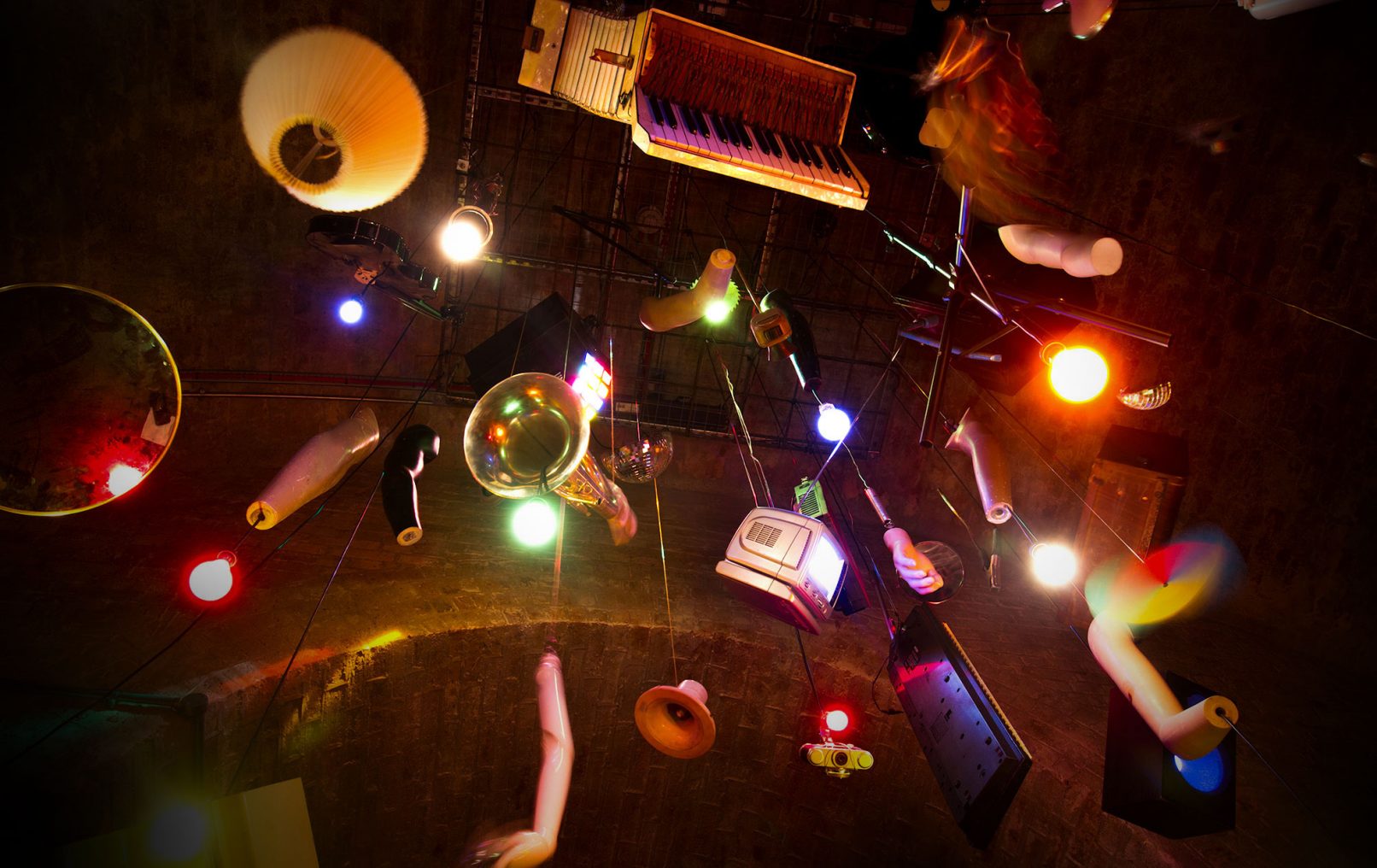 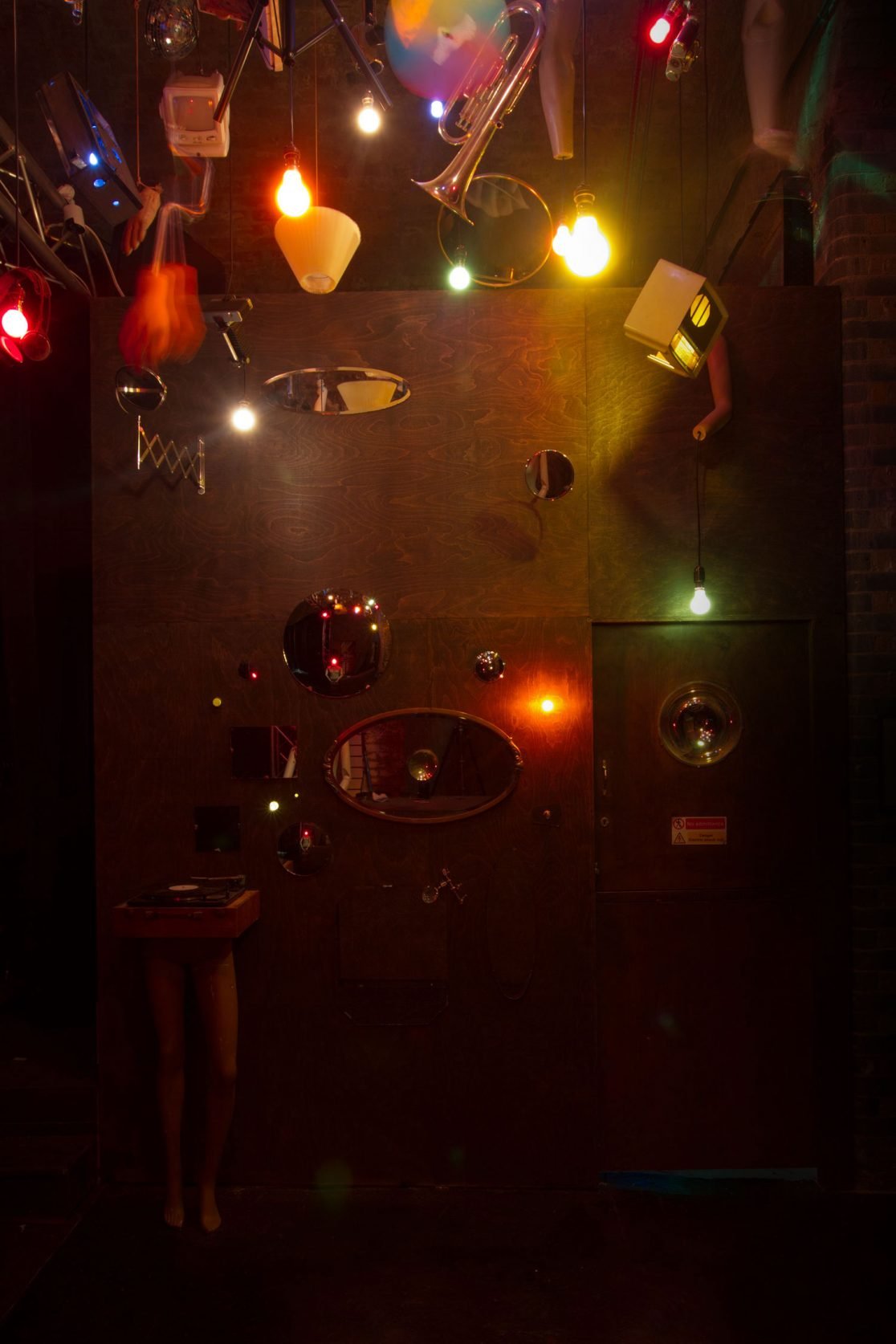 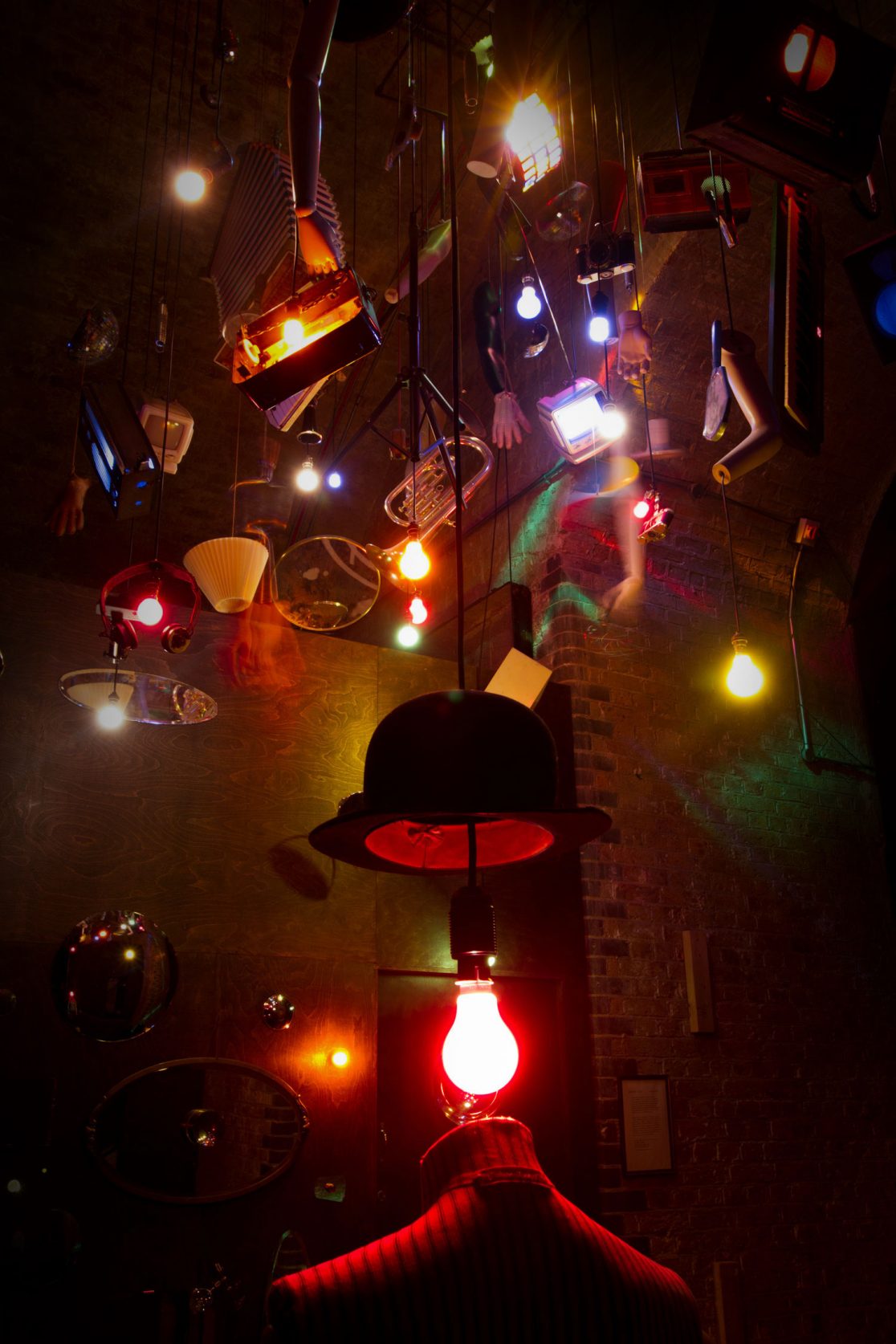 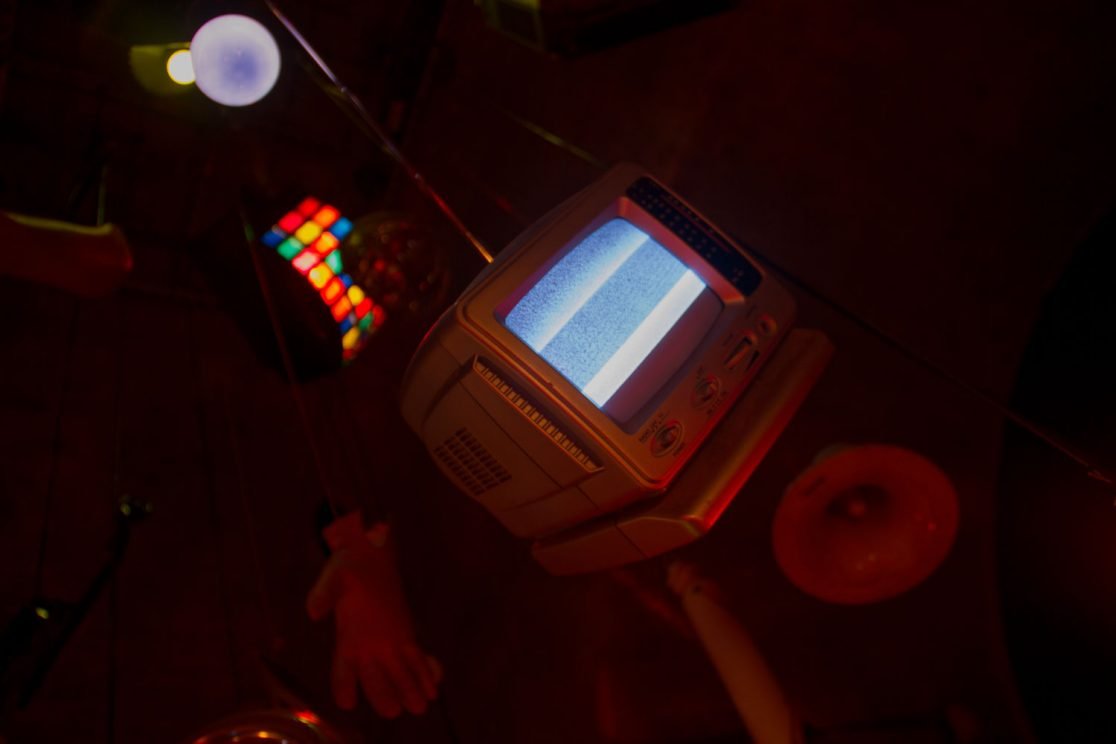 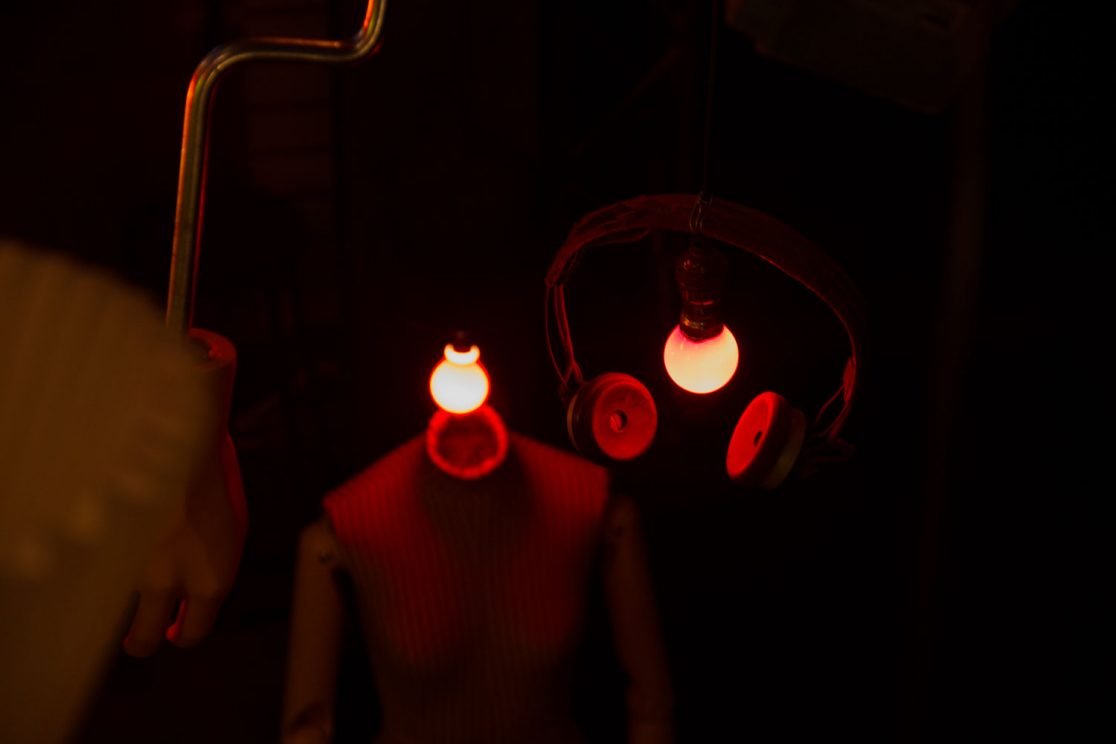